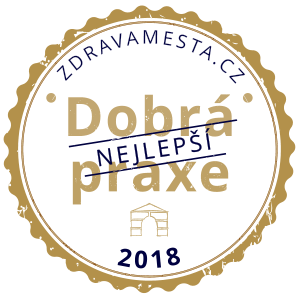 We know the winner of the BEST Practice Voting for 2018!

The Healthy Town of Krizanky won the voting contest for the BEST Practice of Healthy Municipalities and Regions in Czechia selected from seventeen documented good practice examples of 2018.

How could a small town like Krizanky in the Vysocina Region get the most of the votes? The reason is not only the town´s excellent Municipal Social Housing topic, but also its wide experience with social networks, which is also central to the good work of cities and towns. You can learn more about the winning Krizanky best practice example in the Sustainable Development Gallery. (Czech version)

The voting contest for the “Healthy Cities Best Practice 2018” had been running for several months on the Healthy Cities facebook pages with nearly 16,000 followers. It was kicked off at the Autumn Healthy Cities School and closed early this year. The results were announced and the awards were handed over on 24 January 2019 at the national Healthy Cities conference called ”Vyšvihněte se s námi!” (Make it to the top with us!).

We would like to congratulate the Healthy Town of Krizanky and thank all the participants for promoting inspiring approaches to improving the places where we live!