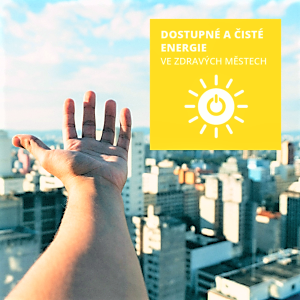 The international conference "Energy in the hands of cities" about sharing experience and financial resources | Litoměřice, February 2019

Over 150 specialists from the Czech Republic and abroad were brought together in Litoměřice, 27 – 28 February 2019, to take part in the international conference “Energy in the hands of cities”. The conference was held by Healthy Cities Czech Republic and the Association of Energy Managers of Towns and Municipalities in partnership with Energy Cities and the city of Litoměřice.

The conference was held under the aegis of the Ministry of Industry and Trade, the Ministry of the Environment and the Ministry for Regional Development. Its underlying topic was: Energy self-sufficiency of cities and own resources – a real possibility or an unrealistic idea?

The event was primarily intended for the representatives of cities, towns and regions and their partners interested in promoting innovative practices in the area of energy savings and the use of renewable sources and sustainable transport at local level. Additionally, the speakers also presented innovative projects of sustainable municipal energy coming from other cities – e.g. dynamic public lighting from Sušice. In this context, Andreas Piontek, representative of the European Investment Bank, drew the attention of cities and towns to the possibilities of obtaining methodological assistance with the preparation of innovative projects and their funding.

One of the aims of the conference was also a discussion on energy self-sufficiency and ownership of energy and water resources by cities and towns. „It proved worthwhile for us to concentrate energy resources in the ownership of the city and its citizens,“ said Jan Johansson, energy manager of the Swedish city of Växjö boasting the prestigious European Green Leaf 2018 award.

The conference outputs in Czech are available HERE.

The event is organized with the support of the European Commission, the Energy Cities association and the Covenant of Mayors.