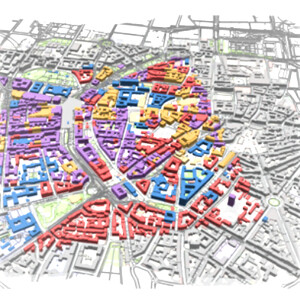 The Bavarian metropolis welcomed a dozen of Czech mayors and energy experts as part of a study visit whose main topic was “Sustainable energy and transport - real practice and where to find inspiration?”

The event was hosted by the Association of Energy Managers of Towns and Municipalities with the support of Energy Cities and in partnership with Czech Healthy Cities. The aim of this meeting was to enable the exchange of good practice examples and to foster further partnerships in the field of sustainable energy and transport at local level. The participating cities included: Litomerice, Hodonin, Hradec Kralove, Prostejov, Roznov pod Radhostem, Tabor, Rakovnik, Zdar nad Sazavou.

The event also included various workshops and discussions, presentations of successful projects, excursions - e.g. to the district of Freinham which is a newly constructed low-energy neighbourhood with a geothermal energy source and an energy storage facility.

Discussions on the SmartCity issues included public lighting regulation, charging points for electric cars, collecting traffic data and providing Wi-Fi from street light poles, multimodal mobility with an emphasis on clean modes of transport, energy savings in houses and households, or use of geothermal energy.

The participants of this visit highly valued that their German hosts were very open-minded and frankly reported on both their achievements and difficulties in implementing the SmartCity project.

The event was organized in cooperation between SEMMO and HCCZ, supported by Energy Cities and the Covenant of Mayors for Climate & Energy through European Comission.